The Future of EDI

The Future of EDI 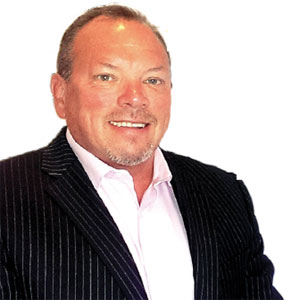 Software has changed. Today, if you think of something you need, you can find an App for it and download it to your mobile phone within a minute. Not only are you using the new app within a minute, but you probably did not have to pay for it. I’ve gone to the App store and said to myself, “I’m not paying 99 cents for that, they must be crazy!” When you switch back to the real world, you have to ask yourself, “What can I buy for only 99 cents”?

I’ve been the CEO of B2BGateway for over 16 years. B2BGateway has been a cloud based EDI service provider since 1999. The software used to communicate via EDI has changed a great deal over the past years, but it seems to have gone in the opposite direction of the App store software.

For those of you who don’t know, EDI has been used since the late 1970’s and is simply a means of sending standardized business documents from one computer system to another. In the early days, the formats were defined and data was transmitted via a modem and phone line, because that was the only way to do it. T h e onboarding process, involved some data mapping and some testing.

You would think that over the years the EDI process would become easier, but it has done just the opposite. In order to gain worldwide acceptance, many countries have created their own EDI formats or have adopted a format that was more acceptable to them. In the United States, the EDI standard is mostly ANSI X-12, while in the UK it is EDIFACT or TRADACOMS. They are simply delimited files, but they each have their own data dictionary and format.

According to a study by the University of Frankfurt, Germany uses EDIFACT as the most popular format, followed by; VDA, SEDAS, SWIFT, ODETTE, ANSI X-12, XML and other formats. The Scandinavian countries use OIOUBL, XML and now PEPPOL. The acronyms are not important to understand, it simply means that they are doing EDI but each doing it differently. Now that we have all the formats sorted out, EDI must be simple? Not exactly, in the early days EDI used a phone and a modem to transmit the data, because that was the only way to do it. Since the Internet is the most commonly used means of sending or receiving EDI, the variations of transport has increased as well. You can still use a Value Added Network (VAN) as an intermediary, or you can use Internet protocols, like FTP, SFTP, HTTP or even SMTP. If you trade with Walmart and some other retailers, you will also need to use the AS2 standard of encrypted transmission via HTTP, because that is what they require. Each of your trading partners may require a different data format and a different transport protocol to send and receive transmissions.

Many users say, “If you have connected a NetSuite user to Walmart once, it should be the same every time”. This sounds logical; however it is not the case. Most of the cloud based ERP/ Accounting packages (and some desktop packages) are making themselves more and more user customizable, rendering each copy of the software a completely different package. Further, many of these ERP packages are customized after the EDI data mapping is put in place. A simple change to make things more convenient for the end user could suddenly cause inbound Purchase Orders to not populate the system. So, what does the future hold for EDI? Well for starters, the term EDI is outdated. Electronic Data Interchange doesn’t really capture the essence of what needs to happen. To summarize, the following four areas are needed to implement a successful EDI implementation:

2. Transfer protocol: Data needs to be received and sent to the Trading partner through the type of connection that they specify. Data may also need to be encrypted or decrypted by various means depending upon the sensitivity of the data.

3. ERP integration: Each ERP/Accounting System requires its own integration. Some integration are via Web Services (SOAP or REST), other packages through an SDK and some have a loose file pick up integration.

4. Logic and Intelligence: Every EDI implementation has logic and intelligence built into the process. It can vary from simple cross referencing, (because you and the Trading partner don’t use the same item numbers), through complex conditions which may change, merge or split item characteristics or entire orders. All of the steps above encompass more than Electronic Data Interchange. I believe a more appropriate acronym would be GCI, for Global Connectivity Integration. We all exist in a global economy and integrating with that world is getting more and more complex every day.

As it stands today, every major retailer and most major manufacturers use EDI. If your business wants to buy or sell goods you need to be connected. Both Forrester Research and The Gartner Group have stated that there will be huge growth over the next five years in EDI. No one sees the EDI process being streamlined and no one sees the process getting any easier. Gartner predicts that over $5 billion will be spent in 2015 on outsourced EDI Integration, because organizations cannot find any return on investment in doing EDI “in-house”.

So, in the next few years, will you be able to download an EDI App that will integrate your business with the world? Absolutely not. What you will see, is a demand for businesses to globally integrate their connectivity. You may also see people start calling EDI, their Global Connectivity Integration, or GCI for short.

Bring IT: Bring IT and NetSuite Partnering to Transform Businesses

Bring IT: Smart Analytics for a Sound Supply Chain Journey

SquareWorks: Unleashing the Power of NetSuite

Luxent: Selecting the Right ERP Partner Makes all the Difference

Trajectory Inc.: The Power of NetSuite for Private Equity Portfolios

SCS Cloud: Selection and Business Software Set Up, Made Easy

Protelo: A Catalyst for Transformation

TOP Step Consulting: A Trailblazer in the OpenAir Route

Trajectory: Suite or No Suite, NetSuite is at the Center of Successful Business Platforms

Insurance Market is in Full Swing in Tune with the Digital...

The Future Of Oil And Gas Industry With Digital Solution