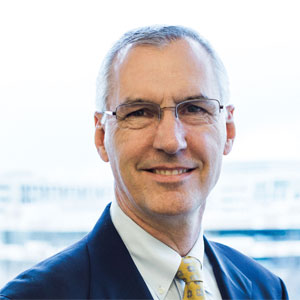 As a former CIO, I have implemented and seen the significant benefits of cloud computing, both the leverage of compute on demand via infrastructure-as-a-service (IaaS) and platform-as-a-service (PaaS) delivery models and the use of software-as-a-service (SaaS) applications. In particular, SaaS-based applications are becoming increasingly the way organizations can quickly and easily leverage new applications. This is driving tremendous growth and innovation –AngelList has more than 11,000 SaaS start-ups listed in the U.S. and IDC predicts the SaaS-based market to surpass $112 billion by 2019.

While cloud computing and SaaS business models can enable IT organizations to lower infrastructure costs and enable more agility to support customers, it also increases the complexity in dealing with IT security. Not only is the IT organization giving up control (and visibility) into some of its IT infrastructure, to the degree it is leveraging SaaS-based applications, it is also having third-parties store and control sensitive data. Not so long ago, IT security staff would work to protect the organization’s IT perimeter; with today’s new computing and service models, one has to admit that a traditional perimeter no longer exists, or if a perimeter does exist, it might include protecting a number (perhaps up to dozens?) of third-party cloud service and SaaS-application providers.

I think of SaaS security as a two-fold challenge. First, in regards to the use of third-party IT cloud service providers (to include more traditional outsourced data center services), organizations need to have confidence these providers are implementing the proper security controls that should match (or at least be similar to) what they would implement within their own data centers and networks. These controls range from physical access for personnel, and up to including identity management for system administration access and appropriate network encryption. A number of non-profit organizations have been working on standardizing these controls for the industry. Notably, the Cloud Security Alliance (CSA – cloudsecurityallianc.org) has developed the Cloud Controls Matrix (CCM), a security controls framework specifically designed for cloud computing. Leveraging CCM, the CSA has developed an auditing, certification, and registry program for cloud service providers known as Security, Trust & Assurance Registry (STAR). In a similar model, the U.S. Federal Government has developed its FedRAMP program, a means for cloud service providers to meet minimum security control requirements at three different levels as defined by the NIST 800-53 security control suite.

This challenge has given rise to what are known as cloud access security brokers (CASBs), products that serve as security enforcement points sitting on-premise or in the cloud and logically exist between the organization and the cloud service provider to provide a range of services to include identity authentication and authorization, device profiling, application whitelisting, encryption, alerting, malware detection, etc. Some of the leading vendors in the CASB market include Bitglass, Forcepoint, Cloudlock/Cisco and Skyhigh Networks. The use of CASB solutions is growing rapidly, with Gartner reporting that by 2020, 85% of large organizations will use CASB solutions, up from less than 5% in 2015.

On the positive side, the CASB vendors have significant capabilities and are filling a void in the market. As a former CIO, however, I have a jaded view of solving enterprise IT security challenges by continuing to add tools and then working internally to integrate them. I have rarely seen this strategy work well. As such I have become a proponent of the view that the best approach to address enterprise IT security challenges is to use of an IT security platform that provides the range of capabilities to help prevent, and when necessary, detect breaches in the enterprise. In this market, Palo Alto Networks, Cisco and Check Point Software provide integrated platform solutions (disclosure: I am a member of the Palo Alto Networks Public Sector Advisory Council).

As an example of the value of a platform, Palo Alto Networks has recently extended its platform capabilities into cloud solutions and SaaS applications. What is particularly intriguing (and operationally appealing) is that I can set my security controls for a type of data (for example, tailor the controls according to the data’s sensitivity), and Palo Alto Networks technology enables me to enforce those policies throughout its platform, irrespective of whether that data is residing in my own data center, an outsourced data center, or in a SaaS application on a public cloud. This greatly simplifies administration of security policies throughout an enterprise and offers advanced threat prevention. Furthermore, one of the growing exploits used by attackers aims to infect users via malware via SaaS-based applications, since adversaries know that most organizations do not have the same ability to monitor those SaaS applications the way they do internally-based applications. A key component of these platforms is the ability to bring threat detection and prevention capabilities to all aspects of the IT infrastructure and applications, including those residing in the cloud.

The use of SaaS-based applications is becoming a preferred approach for rapidly delivering new capabilities for organizations. The demand is coming from the business users, and as such, IT organizations must accept and plan for continued expansion in the number and use of SaaS. Accordingly, IT organizations need to develop a comprehensive approach for addressing the security challenges that come with relying on third-party computing and applications, even though the user and data may never traverse the organization’s network or data centers.

Bring IT: Bring IT and NetSuite Partnering to Transform Businesses

Bring IT: Smart Analytics for a Sound Supply Chain Journey

SquareWorks: Unleashing the Power of NetSuite

Luxent: Selecting the Right ERP Partner Makes all the Difference

Trajectory Inc.: The Power of NetSuite for Private Equity Portfolios

SCS Cloud: Selection and Business Software Set Up, Made Easy

Protelo: A Catalyst for Transformation

TOP Step Consulting: A Trailblazer in the OpenAir Route

Trajectory: Suite or No Suite, NetSuite is at the Center of Successful Business Platforms

Disrupt Your Legacy Application Portfolio to Improve Security And...

Why a Credentialing Strategy Must be Part of Your Digital Strategy

The Convergence of IT with the Internet of Things Innovation

It’s On People: The Undeniable Cultural Impact in a Digital...

A Promising Road Ahead for Insurtech

Bolloré Logistics Australia becomes a global leader in the use of...